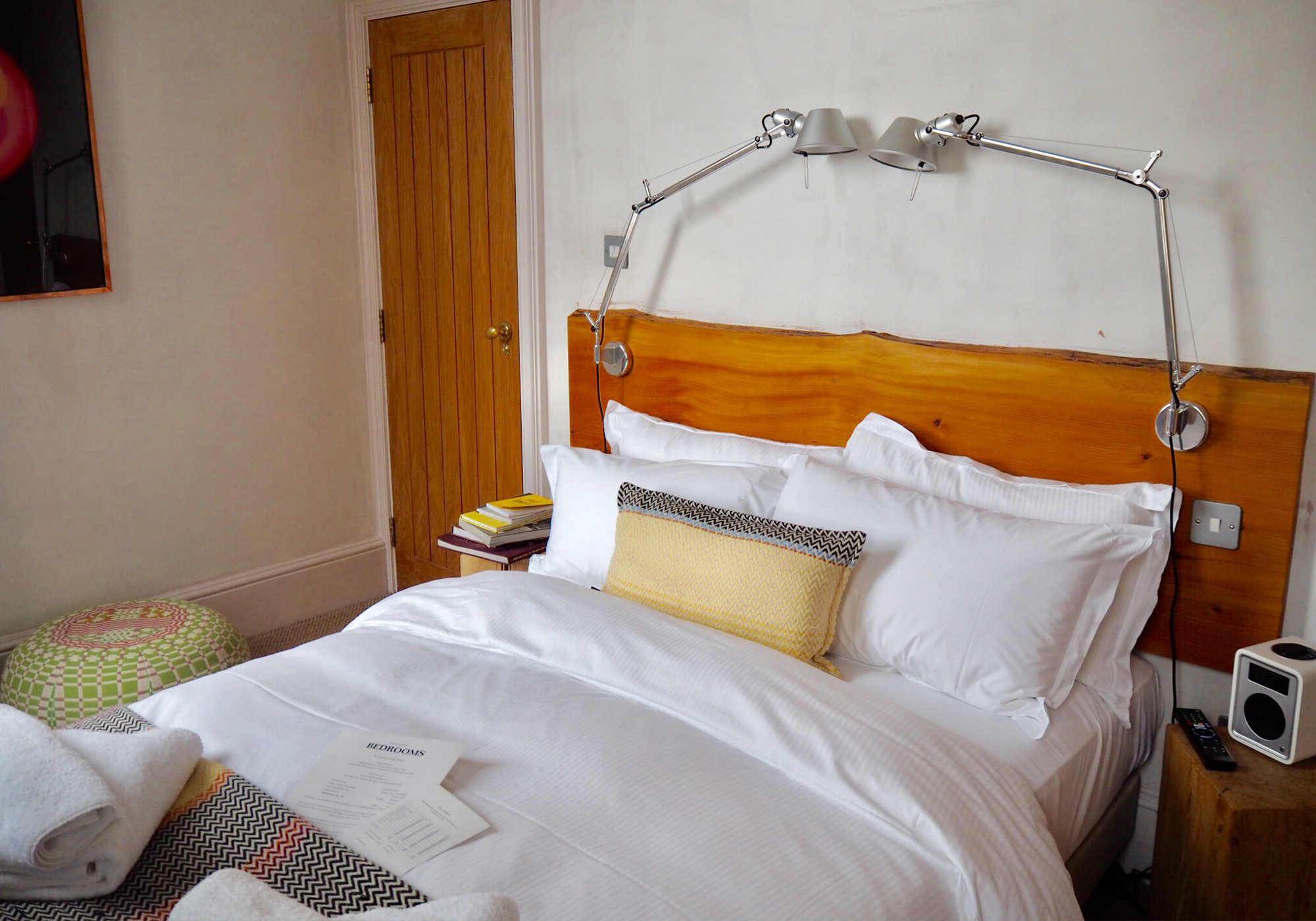 East London. My favourite place of all the places. Where wheelie bins are photogenic. The girls all have nose rings and where even the wall partitions are cool (case in point: Psycle London). No space here is wasted.

Lucky enough to have a brother who lives walking distance from Spitalfileds, I've spent a lot of time in the area over the years. Highlights have included summery pancake breakfasts at the market, eating at the tawdry, meat monstrosity Tramshed, cool craft pizzeria Pizza East and raving on top of the Old Street Roundabout. But pubs are what really come into their own in East London. Pub culture is different down here. Crowds mill around al fresco til the early hours, without the need to glam up or go "out out". Socialising is a laid-back, chilled-out affair and if you head for food at your local gastro pub, chances are you'll still be sat talking with the people around you long into the night.

Somewhere between the bustling bohemia of Brick Lane and the industrial chic of Shoreditch, The Culpeper finds its foundations. This London pub's decor is dominated by low-hanging foliage. And to testify to the kitchen's seasonal menu and local produce, the building even has its own greenhouse on the rooftop, which is currently harvesting its own cucumbers ready for Pilculpeper, launching on 19th April. Where the big'uns will be used in fresh summer cocktails and the little ones will be preserved in brine for some mouth-watering winter pickles.

I'd been here before for pre-food market Bloody Marys, but this time I returned to sample the pub's new bedroom offering. And - seeing as breakfast was included - it seemed only right to test the food out, too.

Before a wander round Borough Market, me and my family met for lunch on the ground floor. The pub was already filled with people (something we discovered rapidly increased throughout the day and into the night) and between us we sampled a selection of dishes from the lunch menu.

Dad ordered the hummus. A safe choice, sure. But when I tried it, I emitted a squeal of delight. The kind that I didn't think could ever be created by mashed chickpeas. Unlike the usual dry, grainy dip, this was smooth and dewy with a light oil and citrusy tinge. The fresh radish made the dish and the bread was equally delicious: soft, light and nutty.

The poached egg option was ordered by two out of the five of us. A perfect poachy perched on top of a soft brioche, alongside some lovely smoked bacon that required no sawing or tearing.

My mackerel pâté was sour, salty and fishy but without any undertones or depth of flavour. However, the beetroot was a nice accompaniment, still earthy but fresh. Sadly, my bread was the really crusty type. The kind that rips your gums. But you know, the cocktail of the day softened the blow.

According to my dad, the carrot cake was the "crowning glory". And I can't disagree. The one mouthful that I was allowed was crammed with cumin, cinammon and a burst of juicy orange. The cheese course was courtesy of big-time Parisian cheese merchant, Androuet. So overall, lunch was a yes from us.

As for the bedrooms. We were shown upstairs by one of the friendly staff and were informed that we had a "quiet" room. I can only assume that she wasn't being deliberately ironic. Because if you do decide to book a room at The Culpeper, I would suggest either joining the drinkers downstairs til 2am or popping in to the aforementioned Pscyle in Shoreditch and picking up a pair of their free ear plugs at the front desk.

To be fair to them, bedrooms are described on the website as having been 'created with the intention of being a place to crash following a meal, for the weekend, or a week on business.' And realistically, who sleeps in London anyway?!

I would describe the room as a rugged blend of understated beauty and quirk. Like a modern-day Audrey Hepburn reading Sarah Knight's 'The Life-Changing Magic of Not Giving a F**k'. Elegance with an edge. Traditional with the repressed urge to rebel.

Breakfast however, was well worth suffering the noise pollution.

My eggs were the perfect rainy day antedote. Hot, spicy and laden with garlic. Mark's big boy breakfast was perfectly cooked - other than the black pudding, which was verging on paste. And he suffered the same gum-splitting crusty bread. But the sausages were thick, herby and spiced and produce was clearly high quality.

I'll warn you right now though, that The Culpeper's Bloody Marys are no joke and definitely not for the faint-hearted. The chocolate croissants with a scoop of salty butter, however, are a delight.

To sum up, absolutely come to The Culpeper for breakfast, lunch or booze. As for the bedrooms, there's only five of them, so this beautiful pub is under no illusion that sleep is their strongest offering. However, the rooms are cute, quirky and perfect for a pitstop.

If you do decide to stay at The Culpeper, or if you make it to Piculpeper in the summer, please let me know how you get on!