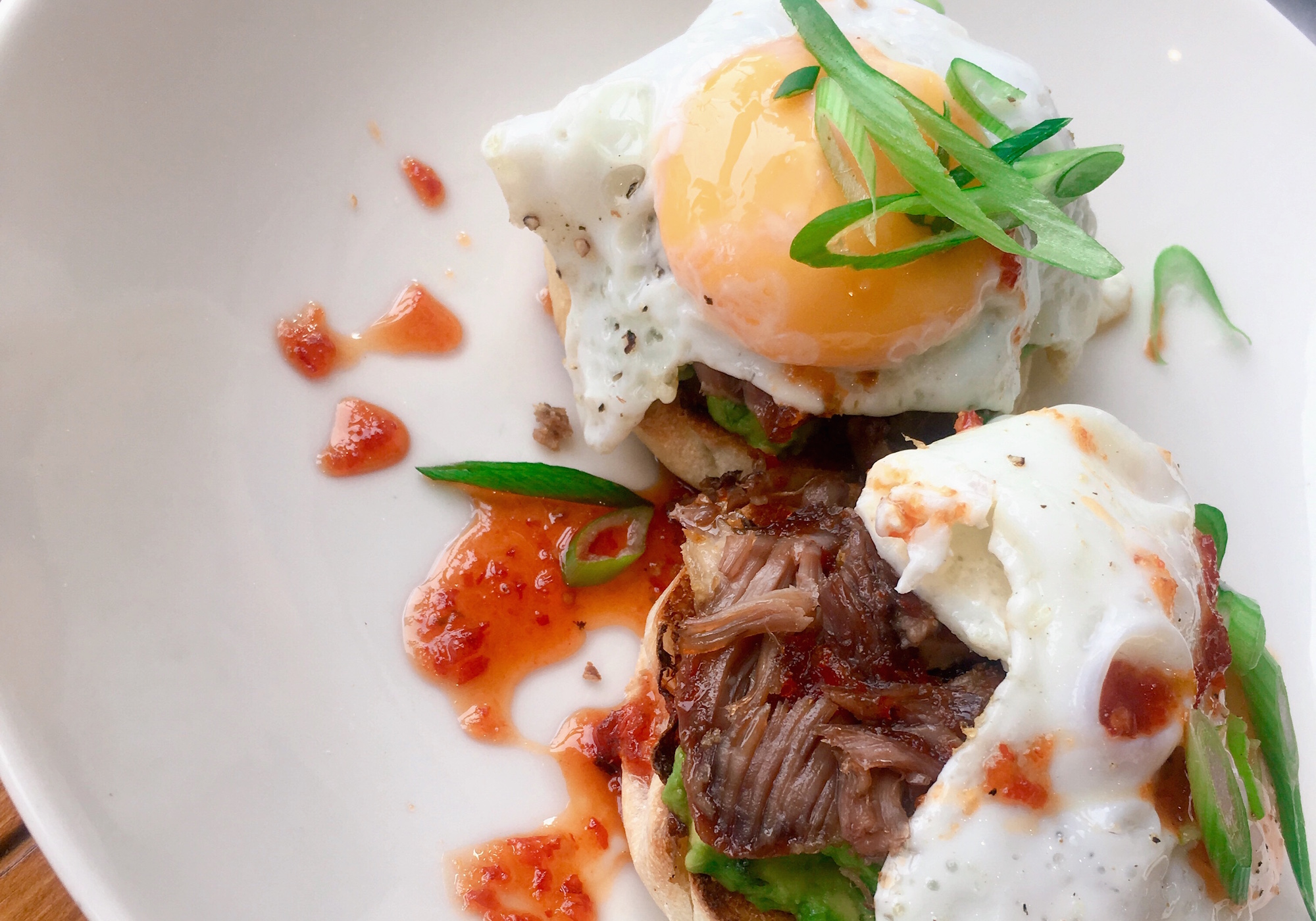 I have been dying to write a post on my most favourite new discovery for a while now. I was waiting to test Starks Kitchen out for a third time before making my review - but that was purely down to self-indulgence rather than any shadow of doubt.

It was a summer evening that saw my first trip to Chillingham Road's latest addition to its burgeoning brunch and dining scene. Starks Kitchen is proudly positioned at the top of my street, which quite honestly is more akin to an array of takeaways than fine cuisine. So, my expectations weren't much. Regardless, every time I'd passed by I'd noticed the modestly sized cafe full of people, both early morning and late into the night.

Since my first visit, Starks Kitchen has featured in the 2018 Good Food Guide as one of the reader's recommended restaurants. That's quite some going for a little, local cafe in Heaton.

The balmy Summer evening made Starks' minimalist, white interiors all the more appealing. In the al fresco mood, I ordered a local gin (off the designated gin menu, no less) with a ginger ale and - for food - the fish.

My choice was pan roast hake, with cannellini beans, chorizo and aioli. In no uncertain terms, this dish was perfection. The hake skin was delightfully crisp, with the fish itself light, white but meaty. The beans were soft and flavoursome, accompanied by strong, salty chorizo that was a taste of heaven amongst the hake.

My friend went for the Wagyu beef, that was alongisde a perfectly formed egg and proper, thick, hand-cut chips - with sea salt you could actually see: exactly how I like it!

Our meal was a resounding success, and it left me hypnotised by this hidden Heaton gem. How had such a place landed at my feet?! It turns out that the Starks team have taken inspiration from working and travelling around the world, combining their discoveries with training in classical French cooking.

The exciting flavour combinations and eating experiences of Asia have been combined by the laid back atmosphere of modern Australian restaurants, resulting in proper top notch cooking in a cool, casual setting.

For that reason, I had to experience Starks' brunch menu. Surely they couldn't give this brunch fanatic anything she hadn't tried before?

Wey aye they could!

Let me tell you, Starks' brunch is NO JOKE. As per, Mark ordered flawlessly (and on the same day that I decided to avoid the avo and attempt at a "lighter" brunch option). He went for the special, which involved crispy confit duck, ontop of an English muffin that was dressed with avocado, chilli jam and topped with a big fried Duck egg and spring onion shavings. I can't begin to tell you how good it was (or the level of food envy I experienced).

I bitterly proceeded at my bowl of honey granola, but quite honestly - it was really lovely. Mixed with a thick, natural yoghurt, sprinkled with Chia seeds and topped with tart, fresh berries.

FYI, the Bloody Mary was a winner (prided on being mixed with handmade vodka), as was the coffee. My second visit blew my first out the water, despite the standard already being set so high. Main courses at Starks range from £12 to £25 and brekkie from £4.50 to £13.50 for the Starks salt beef hash. And I can't recommend it enough. I can't wait for my next visit.

Update: The Next Visit

Have you been to Starks Kitchen? Let me know what you thought. (Unless it's negative, then I don't want to hear it!)