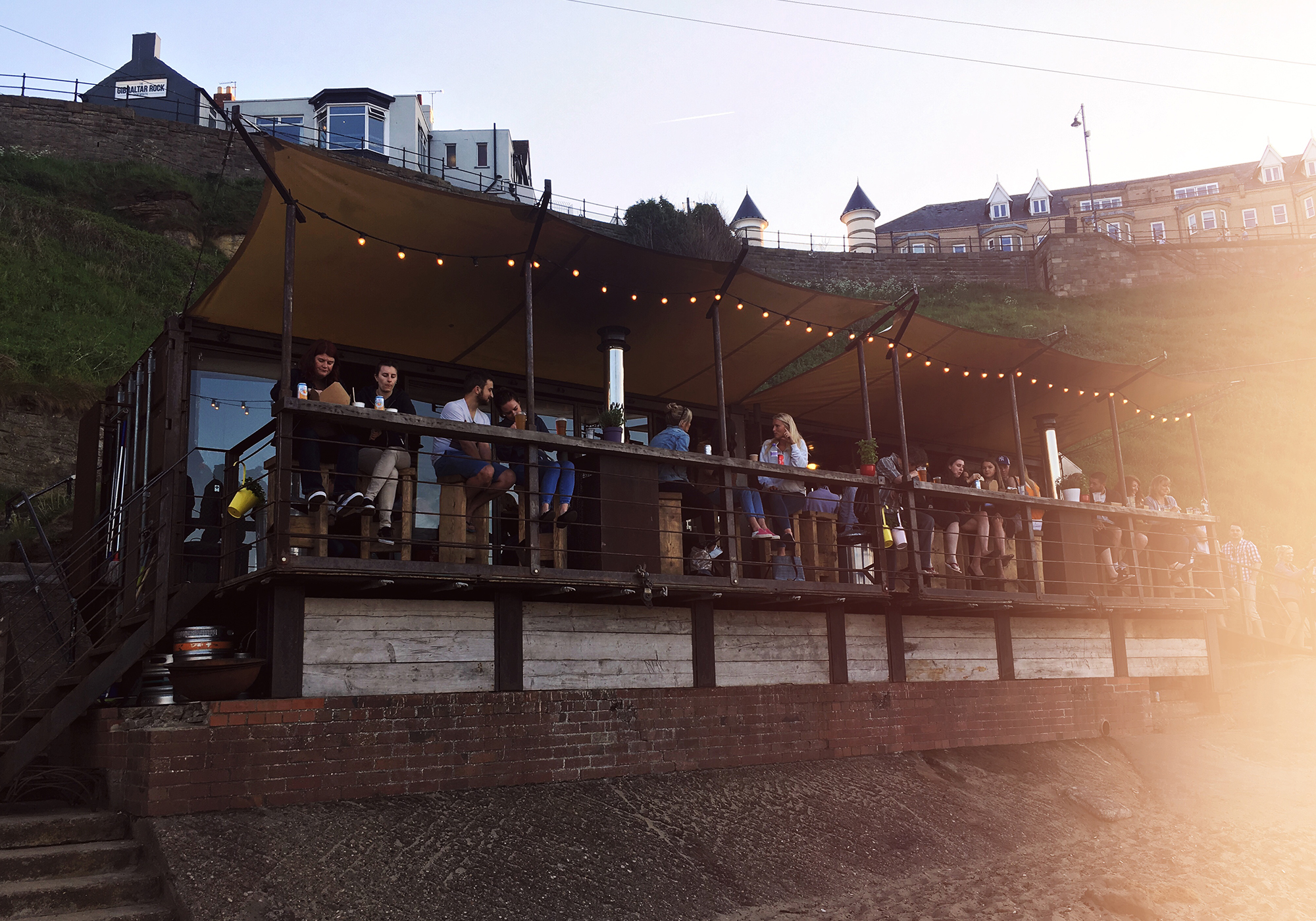 What struck me first was the music.

That's a lie. It was the queue. But the music did come next.

It was an accidental, sunny Thursday that saw us staring longingly into the Shack from the shorefront. Prepped for the queue, motivated by the smell. This was it! It was a wait we were primed for.

I had heard great things about Riley's Fish Shack in Tynemouth, but still hadn't sampled their famous seafood. 'Fabulous fish, locally caught, simply served' their website declares. And you'll hear - almost - nothing of the contrary here.

Riley's is encased within two converted shipping containers, making its appearance undoubtedly rustic. The scattered string lights and scent of fresh seafood is a force to be reckoned with. Resist temptation, immediately.

But back to the music. After a small debate, we settled on reggae as the muffled genre we could hear in the background. And as our toes neared the ramp to the Shack, we were greeted by a waitress who took drink orders. Wine and beer please, no formalities here. (I was gonna go with the Prosecco, but then I checked myself.) Clever move though, by the time we reached the till, our plastic cups were empty. Riley's 1, salivating customers 0.

We noticed that a few of the items on the menu were now a mere chalk stain. Leaving behind the ghost of fish gone by. Chargrilled squid now just a tempting tint for poor Mark. But we weren't disheartened. I opted for the pan fried salted pollock (order with careful enunciation.) And Mark, the mackerel wrap.

We ordered sides of rosemary and garlic potatoes and samphire, to be told that all dishes come with tatties. Score! So, just additional samphire for us.

The wait doesn't end at the entrance. We were lucky enough to bag some seafront seats, as the food took a considerable time to arrive. Not much short of half an hour. Ontop of the queue, and you're talking a good hour before the time comes to tuck into that turbot. But let me tell you, it'll be the best hour you kill for a while.

Be advised, this menu does not come cheap. My immediate fancy of the monkfish wrap was just shy of £18. My little plastic cup of house (Shack?) wine - though delicious - was £4.20. So come prepared. (Card accepted. As well as your pride.)

But that really will be instantly forgotten once you stare into that box of seafood seduction. Thou shalt have a fishy, and this is no little dishy. The portions are substantial. Big enough to fill wor lad, and that's quite an achievement. In fact, we (contently) complained about how stuffed we were for the remainder of the night. Not a crisp packet in sight on our sofa.

The dish was far from simple, in my opinion. The potatoes were incredible, which I reiterated repeatedly between mouthfuls. Garlicy, herby and the perfect accompaniment for the fresh, briny fish. All moistened by a dollop of creamy mayonnaise alongside a crunchy salad. A proper treat for the taste-buds. My pollock arrived with an optional wrap, which was soft and doughy, reminiscent of a naan bread. The sharp citrus of the capers still makes me salivate in hindsight. The side of samphire was as salty and buttery as you'd expect. The view was incomparable.

Do I need to sell it to you any more?

Riley's prides itself on its locally sourced fish, coffee and craft ales. We were lucky enough to try two out of the three. And I'll be back for the coffee.