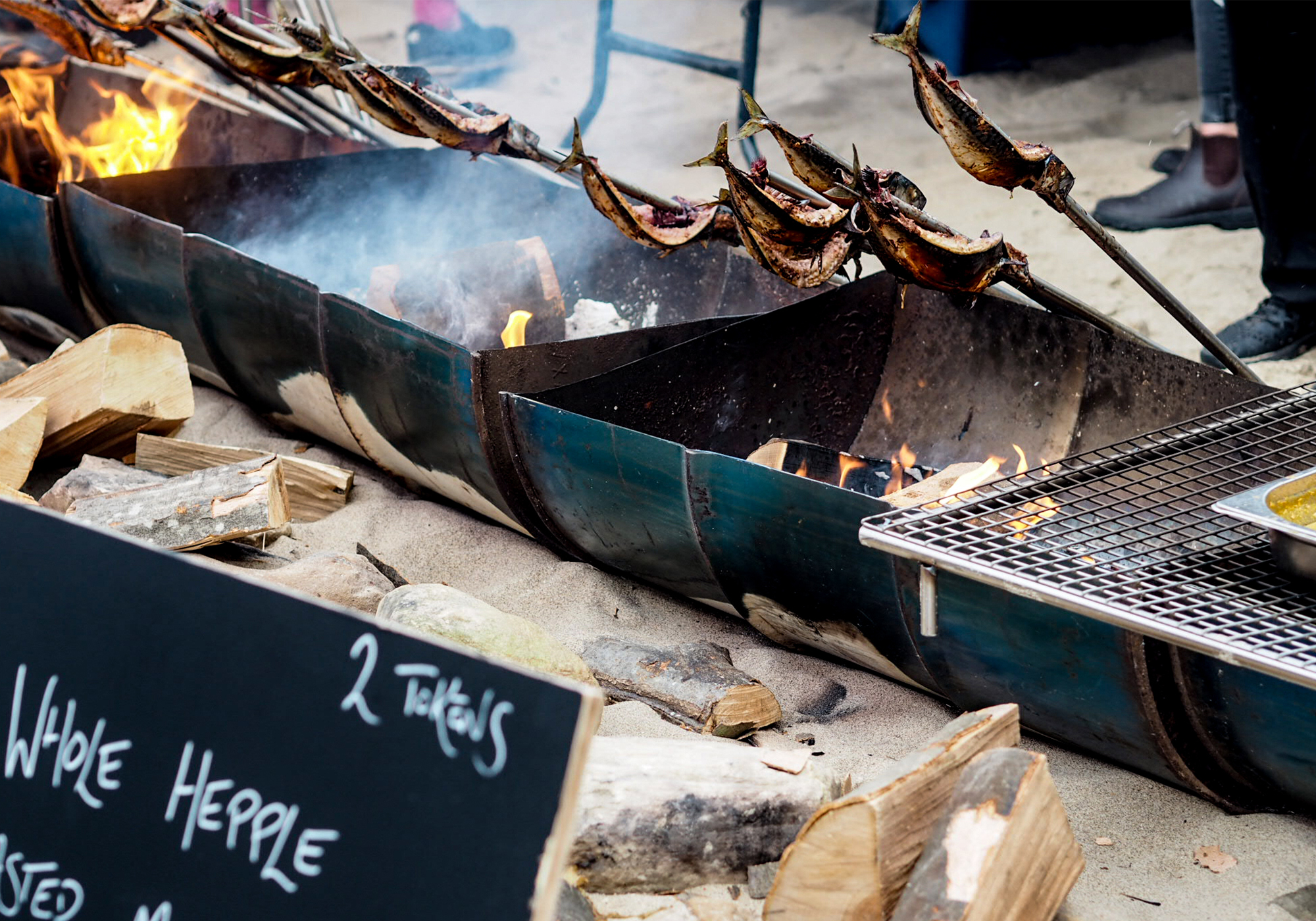 Riley's Fish Shack has been called 'the eating experience of the year' by The Guardian and referred to as soul-restoring in The Good Food Guide 2019. Since my first review of Riley's, I've been back down to the beach-front haven numerous times for breakfast, lunch and dinner - and it refuses to disappoint. It was indisputable whether or not we'd attend the celebration of the Shack's 3rd birthday.

Promising beach fires, elemental cooking, sandcastle competitions and live music, it was an event that was guaranteed to sell out (despite its un-shacklike £25pp price tag). We were excited to find out that the guys from Ox Club in Leeds were going to be one of the chosen few cooking over the fire pit alongside The Patricia - who have also been named in this year's Good Food Guide, and Riley's. We discovered the Yorkshiremen on the edge of King Eddie's Bay, dishing up aged lamb legs cooked over beech and ash.

With the entry ticket you were deposited 4 tokens, which would allow you 2 meals or a meal and a drink. Seeing as I had spotted Picpoul on the drinks table in exchange for 2 tokens, my 1 meal was going to have to be meticulously chosen. After much deliberation, I positioned myself in the queue for some Sri Lankan Coconut and Tamarind Hake Curry and waited impatiently.

The hake flaked apart on my plate and the comforting, coconut curry sauce had just the perfect amount of kick for a night on the beach with rain on the way. Mark opted for the roasted mackerel, which was dished up whole alongside a caper salad and handmade wood fired flatbread.

Beach parties aren't something you get every day in the North of England and I was proud to be part of this one. Brass band, The Baghdaddies brought their blend of Balkan melodies, brass and ska to the beach with unrelenting fervor and enviable skanking, which I tried - and failed - to replicate.

Campfires were lit and string bulbs bordered the coastline. Friends and families nattered round open flames, balancing fresh fish-filled wooden plates. And even as the heavens opened, the crowds of Riley's fans couldn't be dissauded. Here's to the next 3 years of meaty monkfish kebabs, indulgent fishcake breakfasts and those crispy, hot-plate garlic potatoes.