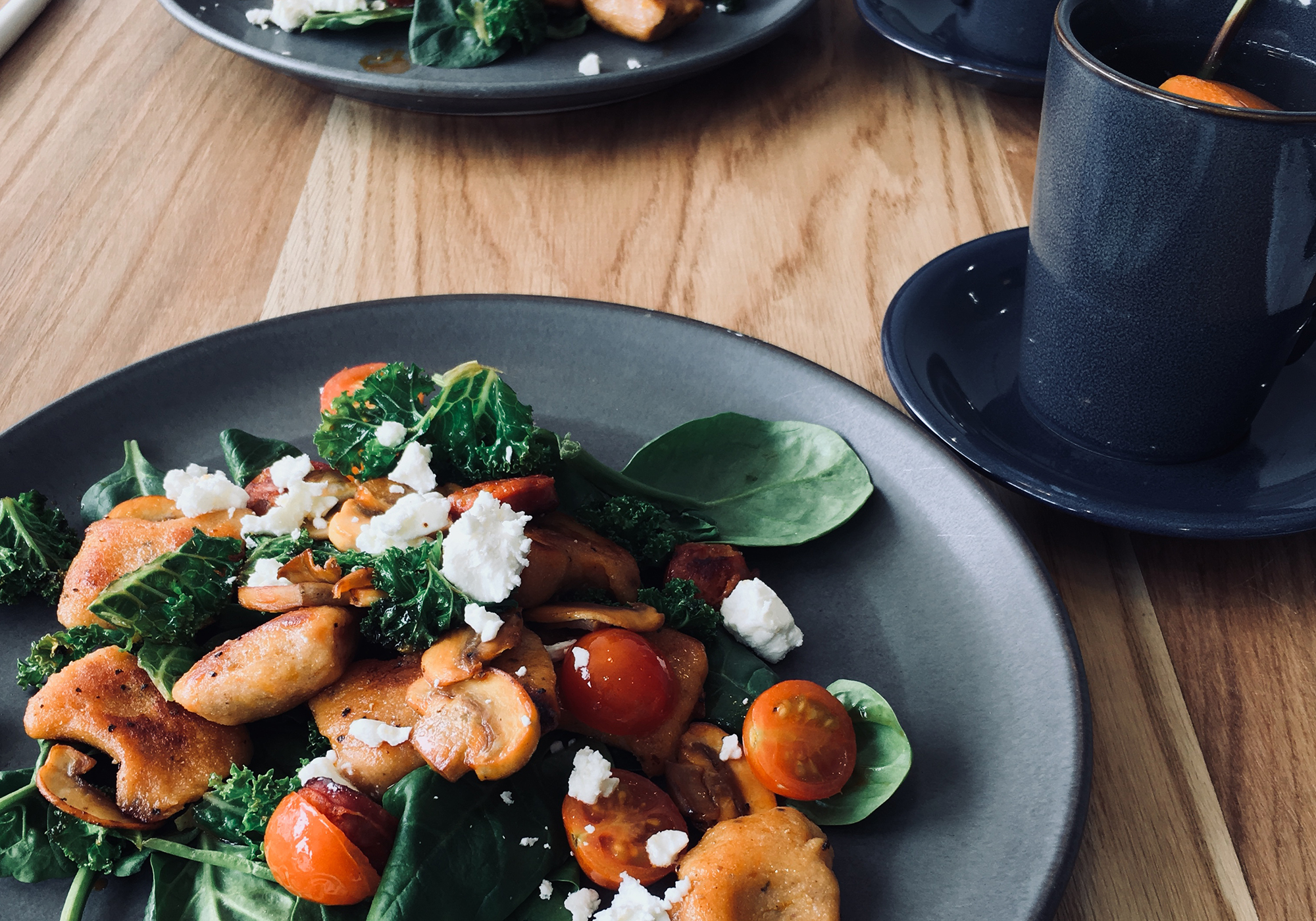 Just when I thought I’d lucked out with the arrival of Starks at the top of my street, Dirt came along.

Alas meat lovers, Dirt is anything but. In fact, I could’ve given the game away by referring to Heaton’s latest café by it’s full name: Dirt Health. But where would be the fun in that?

No longer just a takeaway haven, Chillingham Road is now peppered with up-scale eateries. Including my precious Starks and two authentic Italians: 2nd Home and L’ulivo (the latter I’m yet to try).

My side of the street had been looking somewhat lonely though, after the closure of a couple of cafés and all the cool stuff being over the road. So, Dirt really is a welcome addition. Owned by the previous manager of millennial favourite, The Naked Deli, 250 Chillingham Road is now the proud residence of a new local, ethical, sustainable café.

As we got chatting, we learnt that the owner’s husband is a joiner and had hand-crafted all of the reclaimed, rustic style furniture inside. And had even created the very cool wall signage. The interiors are very attractive. Minimal. Clean. Understated. A blogger's paradise.

The owner said she had hoped for an Instagrammable destination and she hasn’t half achieved it. But I think she knew that from how many times I stopped talking to take a photo.

The personal touch of the deli doesn’t stop there, as we praised our food between drools, the owner proudly told us that it had taken her a few attempts to get the recipe just right. We were pleased to tell her that she’d nailed it.

So yeah, the food.

First impressions are everything and mine were decided at the sight of a Himalayan salt shaker. It's pink, it's cute - so sue me! Dirt’s menu contains brekkie options - which include sweet potato protein pancakes, chocolate orange porridge and chai-spiced house granola - lunch and all day sides. This isn’t a place just for veggies or vegans though. Meat has been sourced from local Blagdon Farm and Northumberland Poultry, while fish is from North Shield’s Taylor Seafood. Fruit and veg is from the award-winning Organic Pantry and dairy is also fresh, local and organic. So, you're guaranteed goodness.

The gnocchi itself, being sweet potato, was incredibly light but wholesome. The tomatoes juicy and slightly wilted. The kale delightfully crispy. The splodges of feta were pungent, adding a naughty depth to the otherwise delicate dish. And the perfectly plump, salty chorizo was the pièce de résistance.

The staff here are lush and I’d like to think not just ‘cause the place is 6-days new. You can tell they’re passionate about serving up lovingly-made, local food with a little twist.

To take away with us, we grabbed a Cacao Kick smoothie (coconut milk, tahini, cacao, dates and vanilla) and a Caffeine Hit (almond milk, espresso, banana, almond butter, cinnamon and maple). Of course, you could say a smoothie is a dessert in itself. Or, you could order a sweet treat from the counter to go with it instead. Which we did. Between us we sampled a turmeric & chia ball and a lemon slice. The perfect end to a surprisingly filling meal.

I’m so excited to have another lush, local independent in the area and would urge anyone - health fanatic or not - to try out Dirt. The motto is #dirtnotdiet, and I would quite happily make their entire menu my daily choice. So, let me know how you get on.